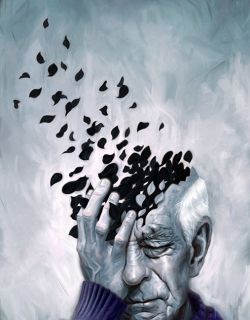 One of the many challenges for legal practitioners specialising in Will drafting is establishing the testamentary capacity of the Testator.  While in some cases, the presence or absence of sufficient mental capacity may be clear, in others, there may be some uncertainty, necessitating a more comprehensive process to reach a consensus.  In the case of James v James [2018] EWHC 43 (Ch); [2018] C.O.P.L.R. 147; [2018] 1 WLUK 252 (Ch D (Bristol)) the High Court was asked to make a ruling on a challenge to a Will based on lack of testamentary capacity, and also outline the factors law practitioners should consider when making a capacity assessment at the time of Will drafting.

James v James involved the Will of a man who died in August 2012 at the age of 81.  The Testator had been a successful businessman with a farming and haulage operation in Dorset.  He had been reluctant to make commitments to his family regarding his inheritance until later in his life after his cognitive wellbeing had been in decline for some time.

The Claimant, S, was one of the Testators three children.  In 2007, some of the plots of land owned by the Testator were transferred to one of his daughters, and after the family farming partnership was dissolved, the claimant received a farm, £200,000, the haulage business, vehicles, and a license to use one of the plots, ‘Pennymore’ from which to operate the haulage business.  S, however, had been led to believe he would inherit ‘Pennymore’, leading him to challenge the Will on the grounds of his father’s lack of testamentary capacity.

It was stated that the Testator had not been “as formidable as he had once been” from approximately 2004 and had been diagnosed with “moderate dementia with frontal lobe impairment” in 2011.  The Will had been signed in September 2010, hence close to the time at which the Claimant had been assessed as unable to make decisions “about his health care, where he lives or his finances”.  The High Court held that the common law test for assessing retrospective capacity should be the one set out in Banks v Goodfellow (1870) (Banks), rather than the statutory test set out in the Mental Capacity Act 2005.  Applying Banks, the Testator, should have understood:

In addition, Banks requires the Testator have “no disorder of the mind that perverts his sense of right or prevents the exercise of his natural faculties in disposing of his property by Will”.

The Court held the Testator did have the capacity to enter into the Will.

This case is significant as it underpins the continued importance of Banks as the sole test for judging Will-making capacity in retrospect, and despite being a case from 1870, has not been superseded by the more recent Mental Capacity Act 2005, which contains a new legal provision for the assessment of mental capacity.

This message was added on Wednesday 2nd October 2019