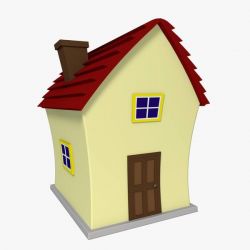 What do people generally use released equity for?

Using the money for home improvements and holidays – that trip of a lifetime – is massive but there’s the other end of the market too, when clients release equity because they have no choice. A couple might have an interest-only mortgage which is coming to the end of its term and be in a position where their existing lender can’t give them anymore so they’re in a nightmarish situation and being threatened with repossession. And often people don’t want to sell or move somewhere cheaper because that would mean leaving all their friends and family behind.

Is it law that a homeowner releasing equity must have a will?

No it’s not law – it’s just best practice to have a will and also a Power of attorney (LPA). To be eligible to release equity, clients have to be at least 55 and typically they’re in their late 60s so it’s all part of holistic retirement planning. And wills and LPAs relate to that too – people ensuring their affairs are in order for peace of mind.

I believe that equity release and will writing are going to become more married over time as, with the Government’s pension reforms, there’s a lot of work going on to make sure everybody is looking at retirement in its entirety.

What sort of problems can clients hit with equity release if they don’t have a will and LPA?

Well, for couples not having an LPA can cause problems. A good example is that of drawdown products so that’s when a lender gives a lump sum at the beginning. A client might take out £10,000 initially because that’s what they require immediately and then ring fence a certain amount – maybe £50,000 – that they won’t be paying interest against. But for a couple, to draw against that £50,000 – generally in chunks of £2-5000 at a time – both of them need to agree and sign the papers. And if they don’t have an LPA and one of them loses mental capacity that facility is essentially going to be withdrawn as only one of them can make the request. So LPAs are really important in instances like that, ensuring that the spouse and a third party are appointed so that property and affairs can continue to be managed as our clients would wish.

Do you think having wills and LPAs when taking out equity release products should be written into law?

I think that would be a little too nanny state – obviously there’s a cost associated with making a will so it has to be down to personal choice. And there could be people who just don’t have a problem with the intestacy rules and are happy for their money to go wherever so, for them, setting down that a will has to be part and parcel of an equity release scheme would be unfair, although it’s obviously strongly advised to be a good idea to sort it out.

Looking to protect your home before or after equity release? If you live in Bexhill, Hastings, Battle, Catsfield, Ninfield, Rye, Eastbourne or anywhere in East Sussex you can benefit of a free consultation!

This message was added on Tuesday 22nd September 2015