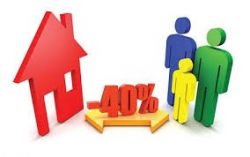 The Daily Mail recently reported that HMRC has netted £3.7 billion in inheritance tax in 2014 - an additional £400 million in inheritance tax receipts over 2013. This is an increase of 11% year on year. It’s been suggested that the rise is partly due to increasing confidence in the housing market – increasing house prices continue to be the main contributor to the wealth growth of individuals and it’s thought that net death estates reflect increases in property values.

However, there is another story behind the figures – HMRC’s ever greater powers of investigation are a further cause of greater revenue increases. The requirement to register trusts, which have assets over an arbitrary 80% threshold, has given HMRC the ability to monitor potential for relevant property regime anniversary and exit charges. Greater resourcing and additional powers of enforcement have further allowed HMRC to make progress in recovering tax from trusts.

Whilst the call to scrap inheritance tax or greatly increase the threshold is a popular pastime prior to an election, there are often the vote-grabbing party promises issued in various manifestoes around this time, and indeed the Conservatives have variously called for an increase in the nil rate band to £1 million, as per their previous election pledge, which was blocked by the Liberal Democrats. A further proposal was to drop inheritance tax relating to the value of the deceased’s principal private residence; the tax being based on capital assets.

However, the call to change inheritance tax has now come from an unusual source. The Institute of Directors has put forward proposals that, rather than pay inheritance tax against a death estate to raise tax revenue, the organisation has suggested an increase in capital gains.

The thinking behind this is that inheritance tax affects principally middle – England, where wealth has been made largely due to the house. Where wealthy capital-rich individuals can put in place a variety of tax planning techniques to remove wealth from their estates seven or even two years prior to death, to reduce their inheritance tax liability, the average person finds themselves unable to similarly do any planning with the house. Why is this important? Capital gains tax is generally at 28%, whereas the inheritance tax rate on death estates is 40%.

This message was added on Thursday 12th March 2015